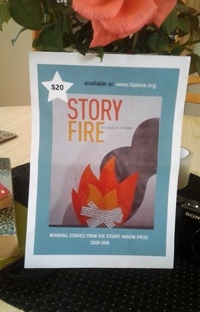 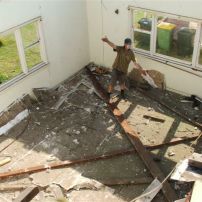 Looking forward to the launch of Storyfire – the magic of the short. An anthology of prize winning stories from the Hadow Stuart Short Story Competition 2008-2018.  While the stories in the collection are prize winners, included in the book are short stories by Lucas North (1973-2013). I was asked approximately two years ago to send three of Lucas’s stories to the FAWWA for inclusion in the anthology. During that time I hadn’t heard whether or not the book would go ahead. I was told that the Fellowship didn’t receive any funding and left it at that. A visit to the Perth Writers Festival this year, to the Fellowship’s tent and a chat with Pat Johnson revealed the anthology was a viable thing. It will be launched on Thursday, 16th May, 6pm at the State Library, Perth in the Great Southern Room.

I am thrilled that this has been achieved. Lucas North was close to getting his novel The Population of Loss published with Penguin. He had met Robert Drewe who liked his writing. He wrote to Ben Ball (CEO),  “I’m currently doing a month’s writing residence in Perth for the Fellowship of Australian Writers, during which this West Australian manuscript by a fellow called Lucas North crossed my path. I think it has really got something different going for it: Outback Gothic, or Rural Noir, I reckon.”

An Australian National law has been passed and a group known as the Asbestos Task Force (A.T.F.) is formed by the government to systematically remove all known asbestos from towns, cities and suburbs.

The Newtown Review of Books

Poet from Detroit - "It’s much easier not to write than to write, unless you’re a writer." —Elie Wiesel

A Chick & A Chair Upholstery

The Geography & Psychology of Place (Under Threat)

The Book Reviews You Can Trust!